Living Paycheck to Paycheck? You are NOT Alone! 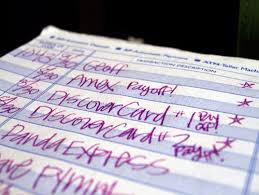 Barely scraping by is becoming less of an isolated event and more of a way of life for Americans.  Recently, a study released by Careerbuilder.com indicated that 78% of Americans are living paycheck to paycheck.  For these Americans, financial stress is common and employers should be concerned about the loss of productivity among their employee base.  If you are in this majority group of Americans, there is hope!  Bank On Hampton Roads can help you gain control of your monthly finances so that you can have more money to reduce debt and to build savings!

Savings is the key to breaking the paycheck to paycheck cycle, but 25% of workers indicate they are not setting aside ANY savings each payday and 56% percent save less than $100 per month.  It is clear that the majority don't have enough saved to cover emergencies much less periodic expenses, hence, we could be just one hiccup away from a real financial crisis!  Additionally, 18% of Americans surveyed indicated they have reduced their contributions to their 401(k) and 38% make no contribution at all!  Retirement is starting to look like a distant dream for many.

Finally, dependence on debt is increasing.  25% of Americans say they cannot make ends meet from month to month.  What does that mean?  When the going gets tough, the credit card comes out to tide us over.  71% of those surveyed indicated they are in debt and 56% believe they will always be in debt.

While the statistics paint a grim picture, Bank On Hampton Roads is here to help you avoid being a statistic.  In 10-months, you can increase savings, build credit and reduce debt with the help of a personalized coach and once per month classes.  Now is the time to take action!  New classes begin in September 2017 and best of all they are FREE!  Invest in yourself - sign up today!